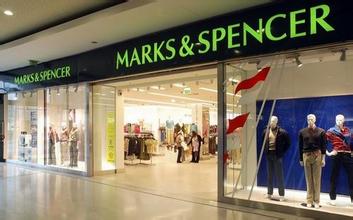 The largest clothing retailer in the UK, Marks & Spencer, issued a statement on the 11th in the United Kingdom saying that it would like to join Indiaâ€™s partner Reliance Retail to make India the largest international market in the world outside of the UK. By the end of 2016, it will establish 80 stores in the Indian market. Twice the network.

Marks & Spencer stated that it will continue to focus on major cities in India such as Mumbai Mumbai and Delhi delhi while also stationed in attractive second-tier cities such as surat Surat and Kanpur Kanpur while placing their hopes on the Indian market beauty and lingerie product categories The increase in sales, based on the procurement principles, increased the procurement of higher quality raw materials from South Asia.

M&s CEO Marc Bolland said at the opening ceremony of the Groupâ€™s new flagship store in Mumbai that the Indian market is a priority market and has established a leading position in India based on cooperation with local retail partner reliance retail. Marcbolland stated that M&S's m&s has a strong double-digit growth in the Indian market. Up to now, M&S m&s has operated 36 stores in India.

Sriramsrinivasan, Commercial Director of RelianceRetai Garment Department, will continue to help M&S Department Store m&s maintain its leading position in the Indian market based on its successful cooperation with Marks & Spencer.

This plan was released by M&S m&s in the opening ceremony of its first independent lingerie and beauty flagship store on the evening of the 11th. According to marks & spencer group plc (lon:mks) m&s m&s revealed that underwear sales currently account for more than 20% of the Indian market, and underwear sales have grown more than 33% in the past 18 months. According to euromonitor Euromonitor Information, the underwear market in India will be 1.8 billion pounds in 2012 and will increase by 54% by 2017. M&S m&s stated that its second lingerie and beauty independent mall will open in Delhi on November 15, 2013.

In 2008, Marthaâ€™s m&s partnered with Indian retailer relianceretail. Since April 2013, M&S m&s has added 7 new stores in the Indian market. Among them, the number of stores in Mumbai doubled and the first time it entered the market. Kochi Kochi and Vadodara Valdaula and other cities, since India's total business area of â€‹â€‹500,000 square feet. Marthaâ€™s m&s plans to add 8 new stores in India next year and another 36 stores in 2015 and 2016.

Marks & Spencer entered the Indian market in 2001, and in 2008 established a joint venture marks&spencerrelianceindiapvtltd with relianceretail.

Marks & Spencer has just released a semi-annual report last week, and apparel sales have been falling for the ninth consecutive quarter, but have improved. The same-store sales of the general merchandise department, mainly apparel sales, fell by 1.5% from the same period of last year, with a decrease of 1.6% in the first quarter and narrowing to 1.3% in the second quarter ended September 28, 2013, which was 1.5% higher than the analysts forecast. Better is the smallest decline in more than two years.

1.The towels use an 100 polyester-polyamide microfibre blend making them soft, non-slip and lightweight.  durable and machine washable. 2.Dramatically reduce carrying weight. No more heavy and chunky towels. Our towels are ultra light and super portable. They easily slip into a bag.3.They are popular for  home, travelling, beach and camping. Perfect as a gift  and Pilates, i.e. friend, boyfriend, girlfriend,etc.4.pringted the logo on the towel as a promotional gift for advertising. 5.100%cotton eco-friendly.